Parasite by Mira Grant (read: Seanan McGuire) is up this year for the Hugo Awards (Get it here). It’s McGuire’s sixth Hugo nomination, and, I’m just going to say that if she doesn’t get it, I’ll be pretty disappointed (though Wheel of Time is a brute force in this game and Ancillary Justice has been winning all of the awards). 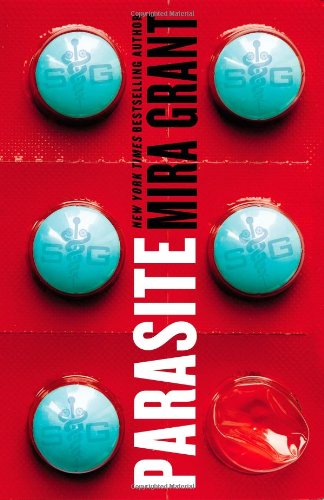 There’s a lot going on in Parasite. So, let’s set the stage.

About forty years from now, the world’s medicinal care is largely taken care of by “Intestinal Bodyguards,” tapeworms that secrete medicine ranging from high blood pressure medication to birth control. They’ve been credited with eradicating most illnesses and allergies. SymboGen, the Intestinal Bodyguard creators, are a huge force, ruling over the market and the health care field.

Their golden girl is Sal. After spending years in a coma, her family was going to pull the plug; everyone…