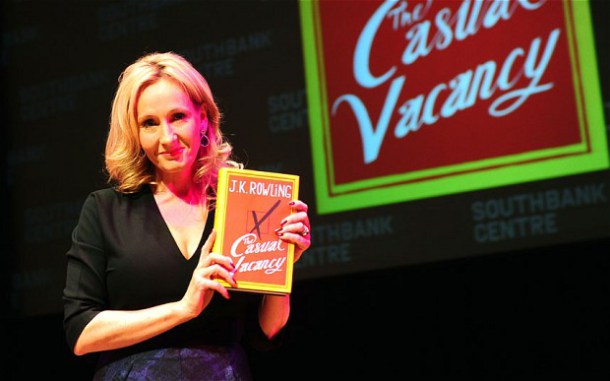 I read the first three Harry Potter books aloud.  By the time the fourth one came out my son was able to read it himself so I became redundant as his bedside reader.

Reading them was not a chore.  I enjoyed the self-contained world that Harry occupied with his friends and foes and their various struggles.  One of the bits I liked most was Harry’s conflict with his non-magic foster family through whom Rowling has a bit of a go at middle England (and by extension middle Ireland) with all its conceits, prejudices and vanities.

In The Casual Vacancy she fleshes out this theme to the very maximum extent.  The left and right of the political spectrum is condensed down to a parish council squabble over a housing estate, complete with methadone clinic and burned out cars, that is juxtaposed next to a quintessential…